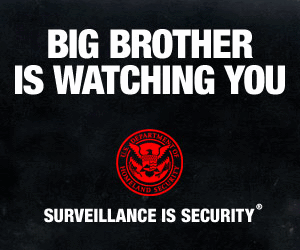 Tony Abbott’s mantra over the course of the data retention debate was ‘death cults’, lots and lots of flags, ‘protecting Australian citizens’ and ‘fighting terrorists’ (which quickly evolved to ‘fighting terrorists and serious crime’. Repeat these talking points enough and they become true (did I mention ‘death cults’ and flags?) Combine this focus group tested dialogue with intrusive over the top policy like data retention as a potential solution and all of a sudden the notion of blanket surveillance becomes a beacon of light to fight the fear those words instil, regardless of if any understanding of that threat is even real or tangible. It becomes a teddy bear that will protect us from all things evil. It becomes palatable to the masses, appealing to the average Joe who Abbott had in his sights when he sold his blanket surveillance proposal to the public under the guise of national security. It was very effective to. The Liberals, and Labor in support - kept the debate technical and solely confined to National Security. This limited critique of the controversial bill with vocal opposition of the tech and civil rights community who could only do so much. An added benefit of it was that the government can hide behind the “matter of national security” safety net when the debate gets evidence based or figures have to be provided. In the end most concerns were ultimately dismissed.

It’s a real tragedy because the source of our fear should be the very thing Abbott wants to protect us with - Data Retention itself. Labor would argue they drew a line in the sand with their amendments however they completely missed the point. The whole premise of Data Retention was in itself crossing the line. It should never have been raised as a solution. It should have been shot down in full. A surveillance regime does NOT belong in a free and democratic society like Australia. Labor should of joined the Greens and most of the cross bench (bar the Palmer United Party who sided with the LNP / Labor bloc) to block the legislation due to it not being proportional or necessary. Already predictions are coming true with inevitable scope creep. The fact that this is occurring before the policy has even been implemented is disturbing.

We should be scared to hell that our digital footprint, our telecommunications DNA if you will - is being harvested and potentially critiqued by faceless law enforcement and intelligence officials without our knowledge. What if the person looking at your private metadata is corrupt? Are they a criminal themselves or do they have a personal vendetta against you? What if a corrupt politician didn’t like something you said about them and instructs an agency to dig up some dirt on you? You will never know if your electronic metadata is the subject of an investigation, either directly or indirectly, or whether it’s being accessed lawfully or illegally. It’s frightening. Not only have we lost our privacy, we’ve lost any control over it. It shifts way too much power to the state for no measurable benefit and assumes no malicious intent on the side of the government agencies.

Secondly, even though the bill asserts metadata be held for two years in an encrypted form, there is nothing in the legislation that talks about the destruction of that data once that time has elapsed. Who is responsible for the destruction? Will there be oversight? How will those responsible be able to prove to us with confidence that all traces of our data two years old has been properly erased?

What is stopping our national security agencies sharing intelligence (which could include this honeypot of data) with their friends in the five eyes coalition - the NSA, GCHQ and GCSB? Only a fool would think this will not occur. The Snowden revelations have exposed how business as usual the practice has become, the complete lack of accountability and oversight with no evidence it will stop. On the contrary, the leaders of five eyes nations seem to quite happily green light continued operations in this area under total secrecy, with disdain and persecution to those who would seek to expose them.

Another terrifying aspect to data retention is the duplication effect. As soon as your data is accessed it is duplicated once the ISP hands it over to the law enforcement agency. They might share it with another agency who will in turn provide it to another. It is then sent to a foreign agency as part of an international investigation. How many copies of your metadata are there now? Will they be kept for only the duration of the investigation? Will they be used for future investigations unrelated to this one? Who is responsible for the security of that metadata? Who is liable if the data is stolen, leaked or mishandled? When that data is two years old will there be some sort of mechanism to ensure that all existences of your data are appropriately removed? Are foreign agencies even subject to the handing of metadata laws?

Let’s clarify one thing. Data Retention is not solely about national security. The two major parties try to convince us (and themselves??) otherwise, however it’s simply not true. Not only will data retention have very little effect on reducing terrorism due to how trivially it’s bypassed, during the PJCIS hearings no law enforcement body or agency was able to provide any evidence proving it helps fight terrorism and fight crime. When Abbott claims the AFP have advised him metadata was used in solving 90% of serious crime, he is being disingenuous. It does not mean that the presence of metadata was exclusively responsible in solving those 90% of crimes. To indirectly suggest the solving rate would have been 0% in the absence of metadata is nonsensical.  Metadata being used in an investigation is the same as saying ‘paperwork’ or ‘interviewing’ was used in solving 90% of crime. Of course they are!

It’s extraordinary that Labor helped the Coalition pass the data retention laws through the both houses without knowing how much the actual costs will be, both in setting up the regime as well as the yearly ongoing costs. We still don’t even know how much the government will contribute to these costs, with recent reports alluding to a figure well below expectations being released in the May budget. The government has been very cagey and that should scare people. Labor have been irresponsible to allow the bill to pass without cost being clarified as it has real financial implications for families who are already struggling to live week to week. A surveillance tax for the privilege of being spied on…..wonderful.

A basic internet connection is a necessity these days, whether you work, are looking for work, have school aged children or are studying yourself. If you are on minimum wage, are surviving on a single income with kids or unemployed and looking for work, chances are you battle to pay the bills already. Add an extra $15 dollars a month to your ISPs bill and $10 to your phone bill for each person with a mobile. That’s a very possible reality of a surveillance tax once data retention comes into effect. You should fear a rise in your monthly internet and phone bills. Make no mistake – you will pay through your pocket for this. Coupled with other anti-online legislation in the pipeline such as the three strikes anti-piracy framework, and the LNP’s site blocking bill – there will be significant costs to Australian broadband as our government attempts to wrest control of it away from consumers and provide more power to agencies and offshore rights holders.

Ever consider blowing the whistle? I pray you intend being careful when speaking to your journalist. They have a responsibility to keep their sources safe however the journalist protection amendment that was passed is not going to help you one bit when the authorities come after you directly - bypassing the journalist and warrant requirement completely. You see, metadata joins the dots. If the AFP know that someone from department ‘X’ was talking to a particular journalist who published a very embarrassing story between date ‘A’ and date ‘B’, they can simply grab all the metadata of each employee of said department and sift through it until they find that Jane from accounts spoke to the journalist five times on these dates from this location using this number for these durations. You get the picture right? Whistleblowers be afraid…..be very afraid.

Finally, I fear who will get access. The bill stipulates a very specific set of law enforcement agencies however the Attorney General of the day can add other agencies to this list as he sees fit. That being said there is no provision to stop other bodies (individuals, corporations, insurance companies, copyright holders, councils or private investigators) filing for access to our metadata via civil proceedings in court.

But hang on - wasn’t data retention implemented for matters of national security? Well it was but remember that scope creep I spoke about? The line in the sand? It’s expanding and moving already. The goal posts have shifted before the legislation even becomes law. Not only have we now included serious crime, we have included civil matters such as copyright infringement, domestic disputes, insurance payouts, small claims and divorce proceedings. Data Retention will become a database for those who can afford to buy access to it via the court system. Rich and powerful companies and corporations looking to weasel out of their obligations and contracts, copyright trolls looking for a quick buck off mum and dad downloaders who can’t afford Foxtel to watch Game of Thrones. The poor, struggling and disadvantaged will be the casualties and there will be no recourse. But national security right? Feeling safe?

The very reason data retention is so terribly frightening is all these unknowns. We don’t know the answers to most of the questions. We don’t fully grasp the consequences of it, the scope, the costs or the chilling and tempting effect it will have on the corrupt in positions of power to use it nefariously.

But surely all of these ‘minor’ inconveniences are worth being able to sleep at night knowing our government is keeping us and our family’s safe right?

The honourable soldier on the wall has been replaced with a creepy spook looking in your every window.

The illusion of protection is chilling, and the price we’ve paid for it just too much.